Your cart is currently empty.

The No.1 Site for African Groceries Online
My Account
My Wishlist
0 items

Your shopping delivered for less... OUR GROCERIES ARE FRESHER BECAUSE THEY GET TO YOU FASTER 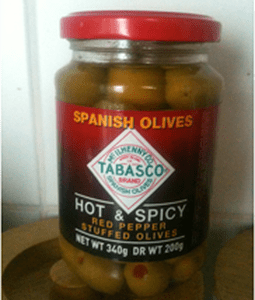 3 snacks to watch in the future. Let me begin this post with a hearty ‘Happy New Year’ to all my regular readers. I hope your Christmas was as fun-filled as mine and that you have your new years resolutions planne…..

…Oh sorry, what was that? Its February? Well I don’t mind telling you that has come as a massive shock.

Well then. It seems this post might be slightly past its sell-by-date… but nonetheless it is with great excitement, drum rolls and fireworks that I welcome you to the first annual Hungry In Cornwall Snack of the Year awards.

It occurred to me that although I have been keeping you sporadically updated on Cornish food, I have neglected to keep you informed you as to which snack foods you should be seeking out in your everyday live – a real error, I see that now. I have 3 snacks for you.

Let’s face it. There is no purer love than the love between a man (or woman) and his (or her) favourite snack. I have seen grown, usually sedate and measured individuals cry real tears upon being offered a Reece’s Peanut Butter Cup. I have witnessed prominent members of society fight like rabid street dogs over a packet of Frazzles. The emotions that can be provoked by small, individually wrapped parcels of pure joy should not be underestimated.

Personally I have a few select favorites that have stood the test of time in my internal chart of snackfoods – items such as the Tunnock’s Tea Cake – which have stayed with me through childhood and teenage years, and continue to delight me as an adult.  In 2011 I was fortunate to discover 3 truly great snacks that are all serious contenders for a spot on the All Time Greatest Snackfoods list (which exists only in my brain), that I would like to share with you now in no particular order as my ‘snacks to watch’ in 2012.

I love the bottle and logo. Such an iconic design. A small but perfectly formed bottle of delicious that can turn even the blandest of foodstuff into a spicy mouth party. I particularly enjoy Tabasco on scrambled eggs, a combination I suggest you try as soon as possible.

Although apparently having a jar on your desk at work and periodically poking at them with an often used and slightly discouloured toothpick is both ‘disgusting’ and ‘not appropriate for an office setting’ (not my words.)

So imagine my joy when I discovered that Tabasco (the brand) have taken it upon themselves to combine their famous sauce with delicious pimento stuffed olives. If you can’t imagine my joy, then try. Ok, now double it. You are close.

I am pretty sure I found these in Sainsburys, so lets assume they are available in most of the ‘higher tier’ supermarkets (Tescos or better.)

The best thing about the S’more Pop Tart is that it is technically a breakfast food! Just by the sugar content alone I was floating on a sickly sweet buzz for at least an hour after my first tart (is it ok to refer to them in the singular as tarts? As in “I woke up, unwrapped a tart and devoured it in one”) and this was in the afternoon. To ingest this much sugar first thing this morning would almost certainly induce a heart attack, but perhaps the children of America (where else could this be from?) have a higher sugar tolerance, as ‘Pop Tart related deaths’ yields no results on Google.

I first discovered the s’more on a trip to America in its natural habitat, that is to say I first tried one whilst sat around a camp fire. Traditionally a s’more is made thus – take one slab of Hershey’s chocolate (my love for Hersheys is a story for another day, but it is worth saying that if there are more bitter types of chocolate available then I don’t want to know about them) and one marshmallow. Sandwich them, between two Graham Crackers, and toast over an open fire untill the chocolate and marshmallows have melted into the most incredible sanwich filling known to man.  Eat, sing kumbaya and retire to your tent.

To take the s’more and adapt it to become a Pop Tart filling is, like the Tabasco olive, an inspired piece of snackmanship. The British equivalent would be something along the lines of a roast dinner pasty, or a cream-tea breakfast cereal, perhaps even a fish and chips supper sandwich – how good does that sound?

I found them in the Guildford store of www.americansweets.co.uk – comforting to know I am sure that these treats are a mere mouse click (or series of mouse clicks and some online payment) away.

3. Asiko Chili Plantain Crisps – One of my 3 snacks

One thing that Cornwall sorely lacks, for want of a better description, are ‘ethnic corner shops.’ If you are from or have ever visited London (or any other major city for that matter) then you may be aware of these incredible treasure troves of snacking delights. These shops are typically characterised by vast neverending shelves, stacked to the ceiling with brightly coloured and exoticly named drinks, crisps and other snacks that you would certainly never find in your local Costcutter/Spa. It has been in these style of cornershop that I first discovered such landmarks of the snack world as Rubicon juice drinks (before you could get them everywhere) and Oreo cookies (again, before they went national.)

I came across these Asiko brand Plantain crisps in a small corner shop near to Meanwhile 2 skatepark, which is near Paddington, in London’s Famous London. During a break from getting rad (thats a skateboard term) I ventured to one of these ‘ethnic corner shops’ to find a drink.  I have kindly stolen a picture of the shop from Google streetview, to help illustrate what an ‘ethnic cornershop’ looks like. All I wanted was some water, but I got more than could ever have hoped for (some crisps.)

Second shop from the right. Yes, its not a on a corner and not obviously ‘ethnic’ (is this beginning to sound racist? If it is don’t worry I have many ethnic friends…) but behind those heavily postered windows lay a treasure trove of weird snacks, from the crisps of the Caribbean to the drinks of India, a little bit of everything.

Sure you can get plantain crisps pretty much everywhere now (I bought some in Devon just this weekend gone) but at the time the concept was new to me and by golly did it bowl me over.